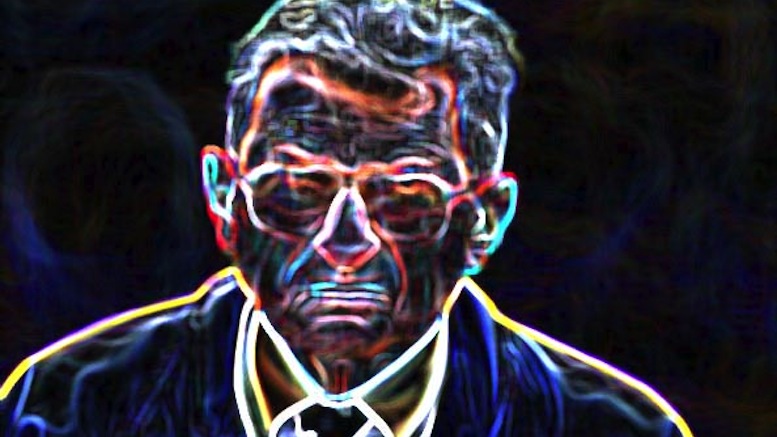 [Pittsburgh, PA] At a rally at the convention center in Pittsburgh, Republican candidate Donald Trump confused a generally supportive crowd when he indicated one of his policies once in office will be to bring former Penn State coach Joe Paterno back to life. Many met his comments with a mix of ‘who cares because PENN STATE SUCKS!’ and overall skepticism.

“I didn’t realize it was even possible to raise the dead.”

Other theorize that, even though it’s not possible yet, Trump plans to make bringing back the dead one of his ‘moonshot’ programs during his presidency. Even if that were possible, his choice of who to reanimate raised questions.

“Clearly if you’ve developed the ability to bring someone back from the dead there are surely better candidates than Joe Paterno.”

Even before the Sanduski abuse scandal broke – which tainted Paterno by association at the very least – he was said in his last years to be well past his prime. Trump’s peculiar scheme did have some unlikely supporters among the protesters outside the rally.

“This is definitely one of Trump’s less offensive policies. If I had to support one, this would be it.”

Ironically, the people who are least in favor of the reanimation of JoePa are the administrators at Penn State.