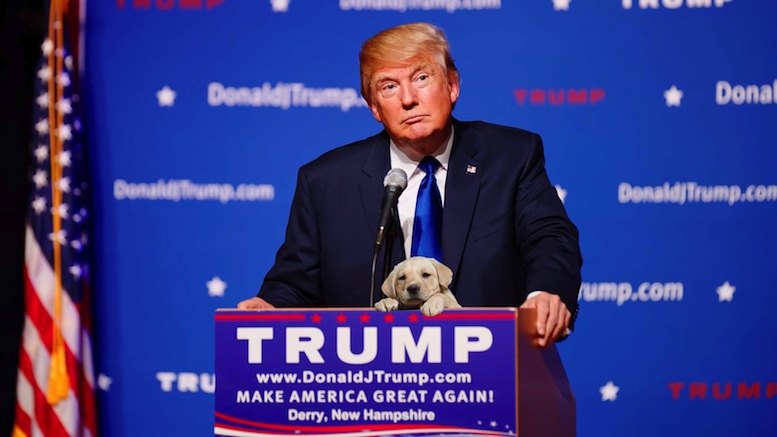 With his polls numbers rising after making fun of a disabled person by physically mocking him, Donald Trump now has a commanding lead in the GOP race. This has finally confirmed something his campaign manager has long suspected but could barely believe until now:

“We are obviously in some kind of opposite world like in the Bizarro Jerry episode of Seinfeld. Because of some unknown mystical force, the Republican base are responding to Donald Trump by doing the opposite of what anyone who qualifies as human would do.”

Regardless of how this paranormal situation came about, Trump’s campaign staff will fulfill their duty to their candidate by recommending a course of action to maximize his chances of remaining the frontrunner.

“That’s why we’ve advised him to keep up the hate speech and also to start snapping a puppy’s neck at all of his public appearances. He didn’t question it at all.”

They say that as long as this cosmic vortex of weirdness surrounds their candidate, they will continue to think up increasingly disgusting behaviors that normally would cause his candidacy to sink faster than a lead balloon.

“Though it’s getting harder and harder to think of despicable things that he hasn’t said or done already.”

Next week they plan to have Mr. Trump defecate on a blind homeless person.