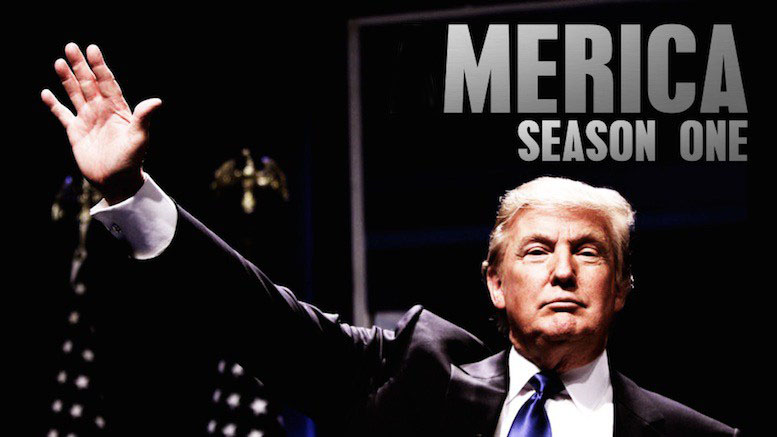 There were no surprises in the reality TV category at the Emmys where veteran star Donald Trump together with his co-creator Steven Bannon took home the award for best Reality TV program.

“There was really no competition to speak of as this show raises the dramatic stakes to new levels.”

Called ‘Merica, the groundbreaking show made waves from the very start, with viewers becoming instantly hooked by a format where contestants would be dismissed with ruthless regularity.

“But just as you thought the show couldn’t top itself, ‘Merica would introduce new characters and situations even more crazy than the last!”

Though it does not complete the same category, it is believed to ruined the chances of other politically-minded productions.

“Compared to ‘Merica, House of Cards looks tame and Veep seems not nearly far-fetched enough to be funny.”

The show was picked up originally for an unprecedented four seasons, however in the cut-throat world of television it could conceivably be cancelled at any time.