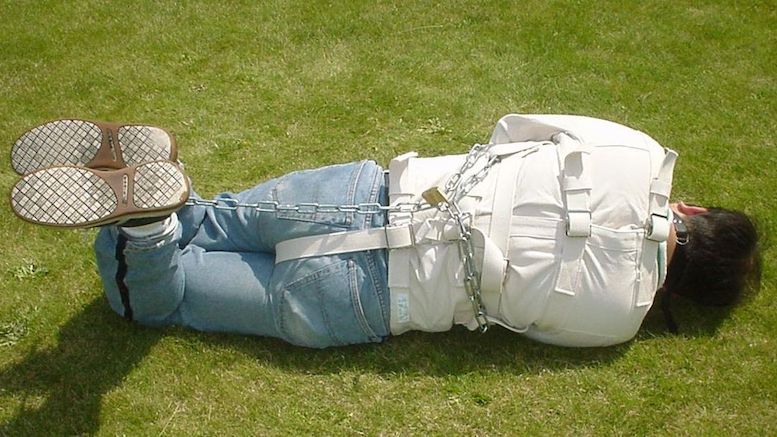 Donald Trump’s grown-up children were the backbone of his performance at the GOP convention, humanizing his otherwise dark and foreboding presence. But only a select few knew that someone was missing from the line-up. Trump’s eldest child, Jeffrey Trump, was diagnosed with mental disabilities at a young age and banished to a life spent in institutions, much like the sad tale of Rosemary Kennedy, daughter of Joe Kennedy and sister to JFK.

Like the Kennedy dynasty, the Trump family was keen to avoid any hint that there was a non-achiever in their ranks, so all were happy to keep the family secret quiet. But that has proved difficulty recently as the now 41 year-old Jeffrey made a daring escape from the Colorado facility he calls home, with witnesses reporting that he was screaming he was on a mission to save the world.

The severely mentally disabled first born of the GOP nominee was diagnosed personally by Donald Trump himself when he displayed erratic behavior as a child – such as an undue attachment to Luis on Sesame Street. The onset of puberty and the teenage years led to even more disturbing anti-social behavior, with reports that the unsettled youth would yell things like “I can’t believe you’re my father because you’re such a racist idiot”, and “America’s far too intelligent to accept you as a massive TV personality”.

A nurse who used to care for Jeffrey said he would typically spend his days watching NBC – and more recently cable television – constantly. The only family member believed to visit regularly is younger Trump daughter Tiffany, though she privately admits it’s hard to interact with her half-brother these days as the chemical imbalance that torments his brain appears to have gotten much worse over the last year.

“He keeps having crazed visions of an impending apocalypse in January 2017, the poor thing.”

Doctors at the exclusive clinic on the outskirts of Aspen are working with local law enforcement to capture Jeffrey Trump as soon as possible. They doubt there will ever be a time when he can be released into normal society.

“Sadly Jeffrey increasingly exhibits one of the classic hallmarks of the clinically insane – that of believing he is the normal one and all about him are mad.”

In the most incident example just before his escape late Thursday night, Jeffrey insisted that much of the American Public had gone “completely fucking nuts” and that he had to let them know just how crazy his father really is.