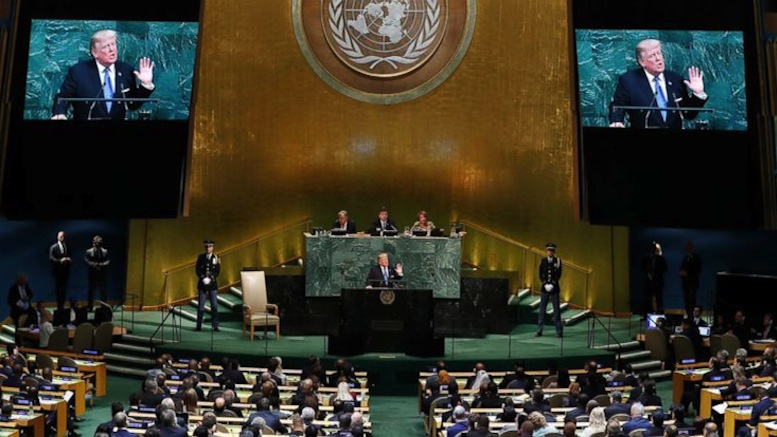 (New York, NY) At least 30 foreign Presidents and Prime Ministers have been hospitalized after falling into uncontrollable fits of laughter at the United Nations building in the city. The incident is being blamed on a statement US President Donald Trump made during his address to the General Assembly.

Those present said much of the crowd appeared to double over in pain, which was made worse when Trump took note of their reaction and added ‘So true’.

“That was the tipping point.”

Though most of the leaders eventually managed to regain their composure, a good number were unable to quell their fits of laughter, to the point where it became life threatening.

“Sorry, Australia, but you may need to call an emergency election.”

Medical professionals say it would be a mistake to take the cases lightly, as being unable to stop laughing makes it hard to breathe.

“We are very concerned about sides being split as well.”

Area hospitals have been placed on alert in case more of those in attendance who were successfully treated onsite go over what was said in their minds later and suffer a relapse.

“If this should happen to your world leader, please call for help immediately.”