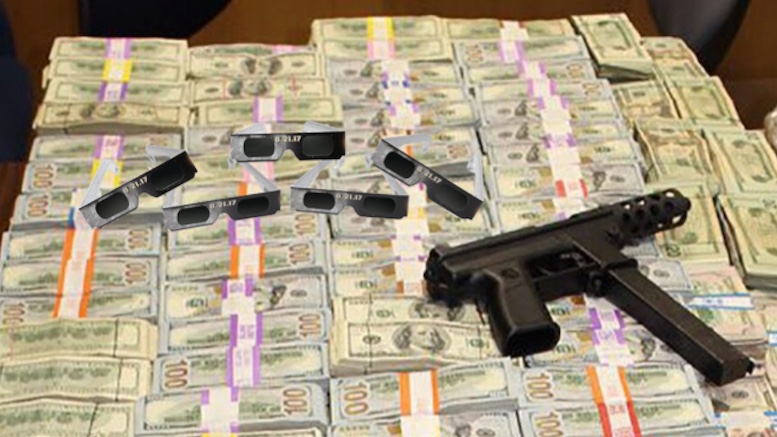 It’s the same old story – Americans flush with cash want something illegal or in short supply and criminal elements appear to supply it.

“First it was pot, then cocaine, and now eclipse glasses.”

Demand has grown so high that drug cartels have switched over their entire operations to smuggling the solar viewing glasses into the U.S. – which opthamologists say is a cause for concern.

“Good luck figuring out if those glasses are ISO certified if you bought them on the street from your weed hookup.”

There are fears this could lead to a new war between the cartels, and the business has gotten so lucrative that they are actively eliminating anyone who could threaten their profits.

“Anyone who knows how to make a pinhole camera should watch their back.”