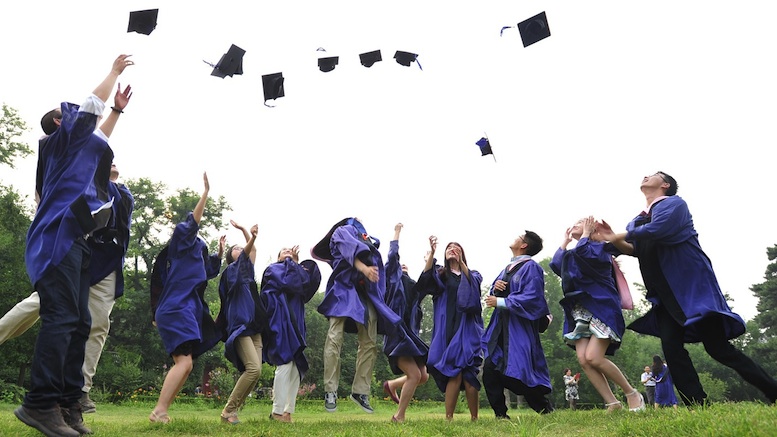 [Pittsburgh, May 8, 2015] This weekend the fine students of the Duquesne University Class of 2015 graduate and are sent out into the wider world. It is common knowledge that Breaking Burgh was originally slated to give the commencement address at the A. J. Palumbo Center this afternoon, however we found out through their website this morning that we had been dumped in favor of an Irish diplomat.

We understand this move as His Excellency Michael Collins is quite a catch, as he currently serves as Ireland’s Ambassador to Germany, following six distinguished years as the Emerald Isle’s Ambassador to the United States. He also acquitted himself very well during the Apollo 11 space mission, where he had the lonely task of manning the command module Columbia while Neil Armstrong and Buzz Aldrin hogged the limelight by walking on the moon. As if that wasn’t enough, he previously managed to found the modern Irish State way back in 1922 by forcing the British Empire to the negotiating table, and famously penned the awesome speech that Liam Neeson delivers over the phone in the movie Taken (a story we originally broke here).

So we respect Duquesne’s decision to ditch us at the altar and shack up with Ambassador Collins instead, but here in any case is the commencement address that we thought we were going to give, but instead had to tuck back into our jacket pocket like a forlorn Michael Keaton (though he may get another chance).

Note to self: Remember to look around the room and say nothing until it starts to feel uncomfortable and THEN begin. Shakes them up every time.

“I am honored to have been asked to speak to you, the graduating Duquesne Class of 2015 on this most special of days.”

“Having had to sit through my own commencement years ago which I found to be a dull and tedious prelude to the hedonistic celebrations that were to follow, I appreciate the eloquence of brevity. Hence I will keep this address to five minutes or less.”

“Congratulations on making it through college and graduating successfully. This is a unique achievement that only around two million people manage to accomplish in the United States every year. Well done.”

“Whereas graduates of earlier decades could look forward to an uncertain future, pondering questions like ‘Will the world be blown up or not in a nuclear Armageddon?’, those fears have passed.  Instead you can look forward to the certain slow strangulation of the planet in the name of short term profit and consumerism.”

“And whereas previous graduates might have fretted at night wondering whether the country will ever go to conventional war or not, given the precarious state of the world, you will not be plagued by any such vagaries. Instead, you can feel secure in the knowledge that we are already at war, have always been at war throughout your teenage years, and will continue to be at war.”

“You also need not worry about how many years of service you need to put in to your job or career to qualify for the company pension plans that would keep you financially secure in your twilight years, because there are no pension plans. By the time you’re old, there probably won’t be any social security either, as the nation’s wealth is increasingly accumulated by the top 0.1% who rarely pay more than 14% income tax.”

“So to the graduating class of 2015, I wish you well, knowing that you will never have to suffer the intense anxiety of wondering whether bad things will happen or not.”

Note to self: Take some time to bask in the adulation of hundreds of nubile young minds and remember to ask someone where the after-party is.

P.S. Some random we showed this to yesterday said it was too depressing. After verbally abusing them for daring to criticize us, we decided they may have a point. This was because we omitted the last and most important part of any commencement speech, so here it is:

“…an uncertain future and having to wonder whether bad things will happen or not.”

“BUT YOU GET TO TRY TO CHANGE ALL THAT IF YOU WANT.”