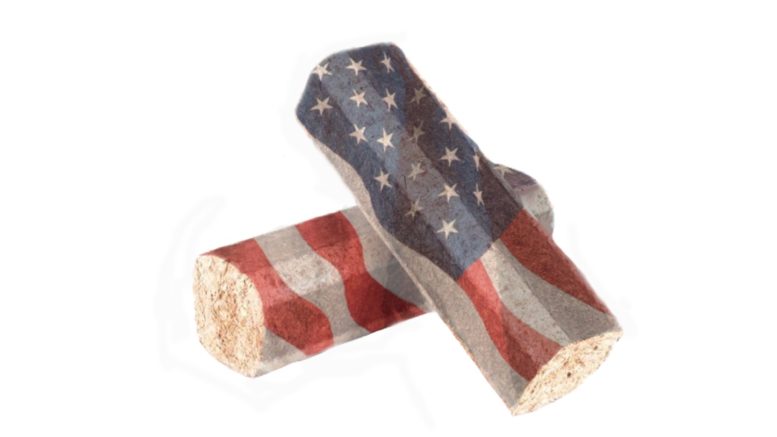 (Stockton, CA) In a hastily released press release, Duraflame – a leading manufacturer of firelogs – abandoned plans to sell USA-flagged themed logs to avoid charges that they were inciting people to burn the American flag.

It hadn’t occurred to anyone involved that there could be a problem until President-elect Donald Trump tweeted that people who burned the US flag should be stripped of their citizenship or spend a year in jail.

“Supposedly the Constitution protects you but we are not taking any chances.”

They are currently wrestling with the problem of what to do with the three-million flag-themed firelogs they have already manufactured.

“Obviously we can’t burn them, and burying them in a landfill also seems risky in the current environment.”

Currently they are being stored in the breakroom to the annoyance of employees.