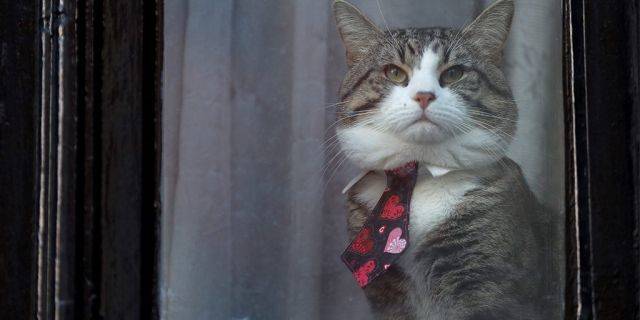 With Julian Assange under arrest, former pet Embassy Cat has reportedly signed a multi-million dollar book deal covering the years he spent with the WikiLeaks founder.

As the only mammal in the room with Assange during his time in the Ecuadorian embassy, publishers are describing it as the ultimate insider look.

“Embassy Cat had access most authors only dream of.”

The feline was reportedly angry with Assange for not negotiating for a laser toy, instead settling for internet access.

“If Assange had only given Embassy Cat more treats, this book may never have been written.”

Embassy Cat is said to be keen to take advantage of the moment, as his financial outlook is uncertain.

“With Business Cat and Grumpy Cat so dominant, this could be Embassy Cat’s only opportunity to cash in.”