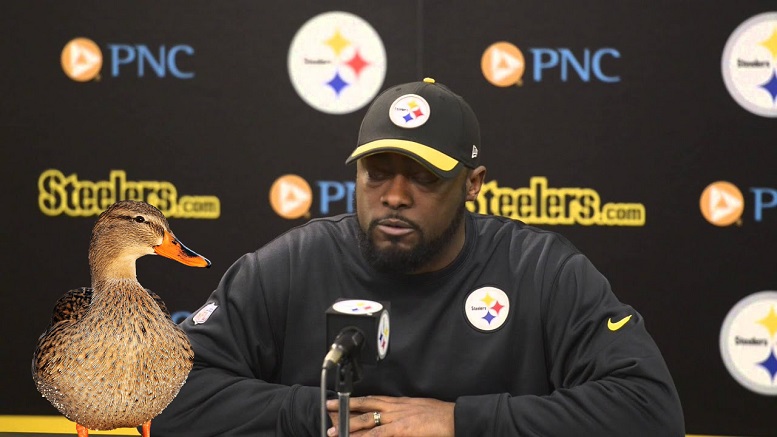 Steelers coach Mike Tomlin has gone from being a subject of abuse to the recipient of high praise this season. The decision to pull Mason Rudolf in favor of Delvin ‘Duck’ Hodges during the win against the Bengals was thought to be one the conservative Tomlin was incapable of making.

His stature as a decisive coach only grew when he said he intended to start Hodges against the Browns, which has prompted Tomlin to be even more bold in his approach.

“I’ve decided to go with an actual duck at the QB position instead.”

Tomlin is banking that his newfound reputation as an inventive and fearless coach will throw the opposition completely off its game.

“This little guy is great at evading blitzes.”

Tomlin added that the duck also knows how to hold his own in a fight.

“That could be critical given it’s the Browns he’s facing.”