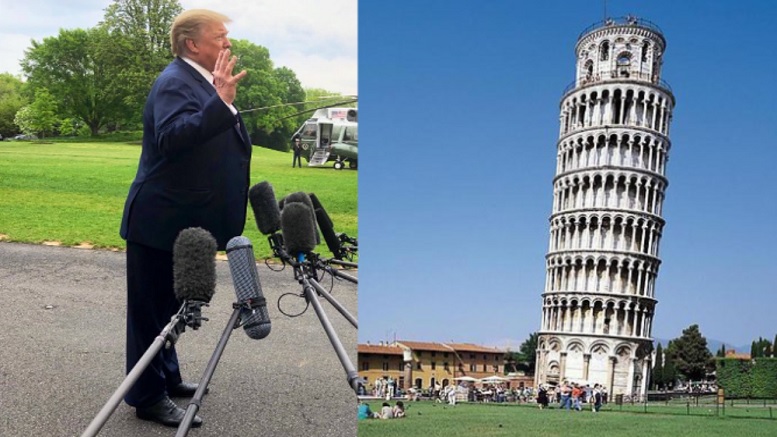 Concerns that President Trump is hot holding up as the election campaign heats up are circulating among his advisors, who have decided urgent corrective measures are needed.

“The lean is getting worse.”

A multinational team of leading architects and engineers who successfully stabilized the leaning tower of Pisa for the next 300 years have been brought in, according to Architectural Digest magazine.

“They’ve been told in this case the fix need only be for four more years, but there’s still a huge structural integrity problem to be solved.”

Though the lean has gotten worse recently, the engineers believe that, as with the famous tower, it was always there to some extent.

“Much like with Pisa, the design faults were inherent from the start – there was simply no solid foundation to build on.”

They believe they have a solution, but have encountered a new problem they are not used to having.

“We have determined we can prevent complete collapse, but the question now is: should we?”