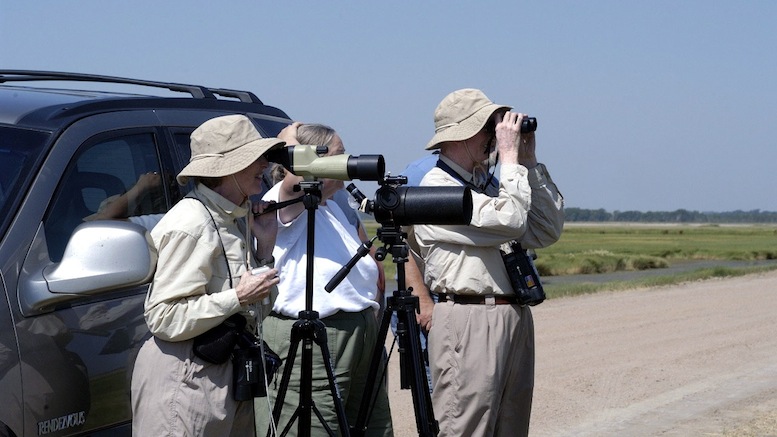 [Burns, OR] The armed militants who have occupied the Oregon wildlife refuge may be encouraged the apparent lack of response by government authorities. But their stand is reportedly doomed anyway, since they picked the worst possible location to make their point, according to a source at the American Birding Association.

The nearby town of Burns has seen a rapid influx of birders who are determined to eject the illegal occupiers. The birders possess a number of advantages when it comes to combat in open terrain, according to those familiar with the hobby.

“They are masters of disguise who know how to blend into the outdoor environment, whereas the enemy, with their pickups, massive guns, and loud obnoxious personalities, tend to stick out like a sore thumb.”

The birders are also exceptionally skilled at spotting the enemy first so they will have the full advantage of surprise, and their uniform of loose fitting garments and comfortable walking shoes means they are quick and light on their feet, much like the Viet Cong during the Vietnam war. They are also equally ruthless when pushed.

“Just try referring to them as bird watchers instead of birders and see what happens. I guarantee that you will never do it again.”

The self-described patriots’ assault rifles and armored vests will be of little protection against their ornithological foe.

“Before you even know what’s happened they sneak up behind you and clobber you with a sturdy walking cane or large-caliber spotting scope.”

It’s possible the birders will adopt an extended siege strategy, which they would undoubtedly win due to their ability to live off nuts and berries, whereas the militants have already put out a desperate call for snacks. But those close to the birders think that unlikely.

“The birders are angry, and they want blood.”