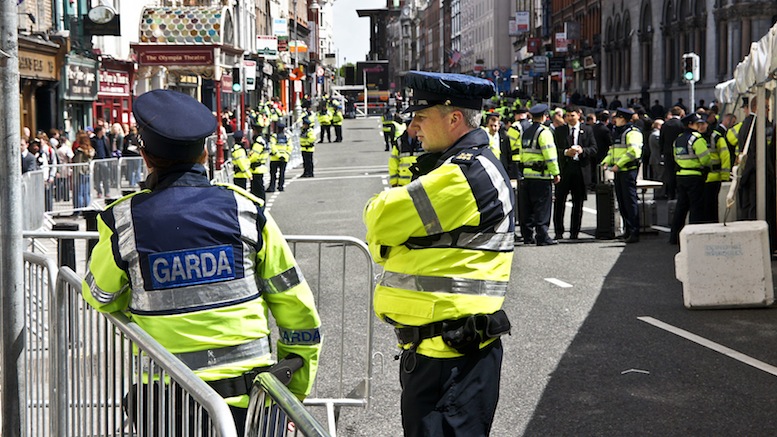 Guards preparing to round up the population in Dublin this evening.

(Dublin Castle) Following the shocking news that Stephen Fry may be tried by the Irish State for blasphemy, it emerged today that the entire population of the country is to be arrested and charged.

Though Ireland’s blasphemy law has lain dormant for decades while the nation tried to delude itself into thinking it was a hip progressive country, a report filed against Fry has triggered action.

Under the principle that all are equal under the law – even equal with Stephen Fry – the Director of Public Prosecutions said everyone must now be charged for any and all blasphemous statements uttered in the jurisdiction.

Unfortunately for the Irish, even single citizen routinely blasphemes at least five times a day, most commonly by using the expression ‘Ah, Jaysus!’ which roughly translates to ‘Oh, Jesus’.

Those who employ the harsher ‘Sweet Fookin Jaysus!’ will reportedly be arrested first, though An Garda Síochána says everyone will have to face the courts in due course.

Be the first to comment on "Entire Irish Population To Be Prosecuted Under Blasphemy Law For Saying ‘Ah, Jaysus!’"