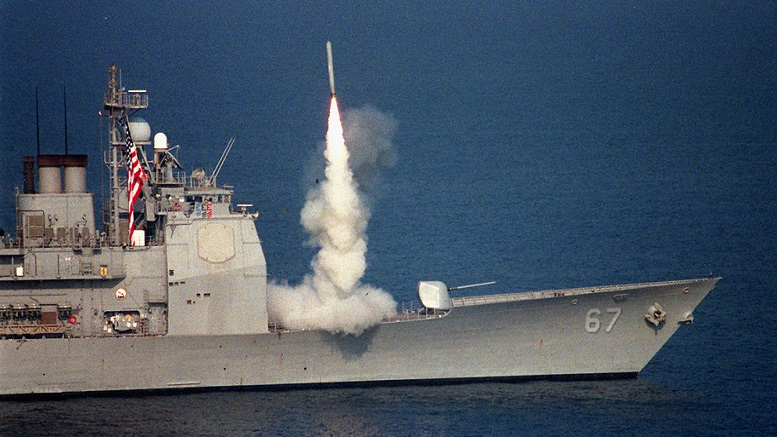 In an embarrassing mistake for the US military, one of the missiles launched against Syria has gone off course, hitting a Barnes & Noble that was due to host James Comey shortly.

“Fortunately no-one was hurt, but the books are a total loss.”

Naval officers on the ship that launched it say they don’t know what went wrong, though some last minute changes that came directly from the White House had put increased pressure on everyone.

“Presumably they had fresh intelligence on where the sarin gas stockpiles were.”

The crew member who updated the targeting plan accepted the blame for the error.

“I guess I must have punched in the new GPS co-ordinates incorrectly – it all happened so fast.”

The first sign that something was wrong was when one of the missiles pulled a u-turn and charted a course across the Atlantic to the eastern seaboard of the Unites States.

“We figured it would land in the sea, but amazingly it made it all the way to a Barnes & Noble in Bethesda.”