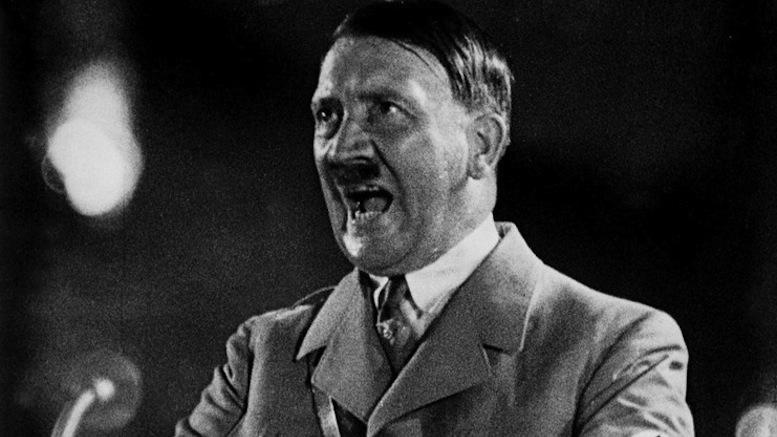 Adding to his legal woes, President Trump is now reportedly named in a lawsuit filed in the Federal District Court for the district of Columbia seeking an injunction and damages for copyright infringement.

The suit contends that Trump has engaged in the wholesale adoption of the late Fuhrer’s trademark techniques and political strategies without the proper licensing in place. Lawyers for the Hitler estate said that, though hateful ideas themselves are universal and cannot be copyrighted, their form of expression is and they intend to present a compelling argument in court identifying Trump’s campaign style as being the Fuhrer’s own thinly disguised.

“All you need to do is substitutes Slavs for Mexicans and Jews for, well, Jews.”

Other elements of the lawsuit charge Trump with lifting political maneuvers straight from the German dictator’s playbook including, but not limited to, attempting to convert a sickly democratic Republic into an authoritarian regime, separating children from their parents, and inciting crowds of cognitively-challenged violent white males to further his agenda.

“Just because you slap ‘Neo’ in front of something doesn’t make it your intellectual property.”

The White House responded by saying it is not too worried, as it will simply appeal any ruling against it.

1 Comment on "Estate Of Adolf Hitler Sues Trump For Infringement"