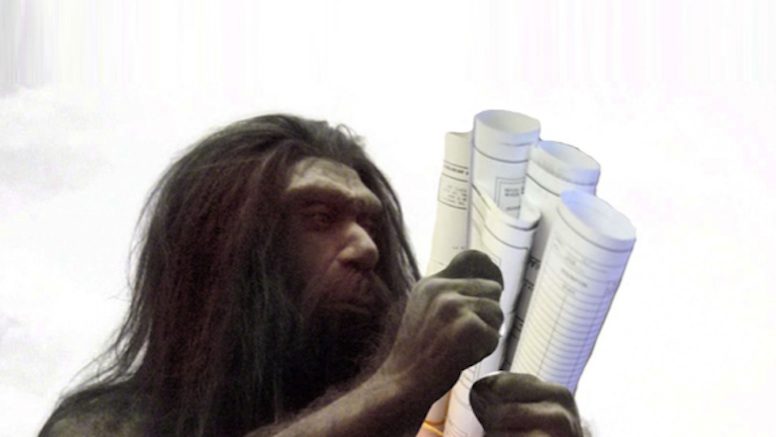 The archeological world has been rocked by the discovery of mysterious structures in a cave in France believed to have been built by Neanderthals over 170,000 years ago. The exciting find suggests the extinct species may have had far more in common with us that we thought, according to scientists at the site.

“Despite being the earliest hominin construction ever found, it will be only too familiar to contemporary project managers, as we found evidence of horrendous cost overruns, mismanagement, and union disputes.”

The circular structures, made out of hundreds of carefully selected and heat-treated stalagmites, were discovered deep in an isolated cave in southwest France. Experts do not know the purpose for which it was built, but are certain the road to completion was no picnic.

“It appears construction was halted for a time, probably because laborers went on strike for higher pay and more access to sunlight. We also found evidence of a vast administrative bureaucracy that appeared to take on a life of its own, leading to huge budget overruns.”

Markings at the site indicate a succession of project leaders were hired and fired, with each smearing their predecessor’s name in bear excrement.