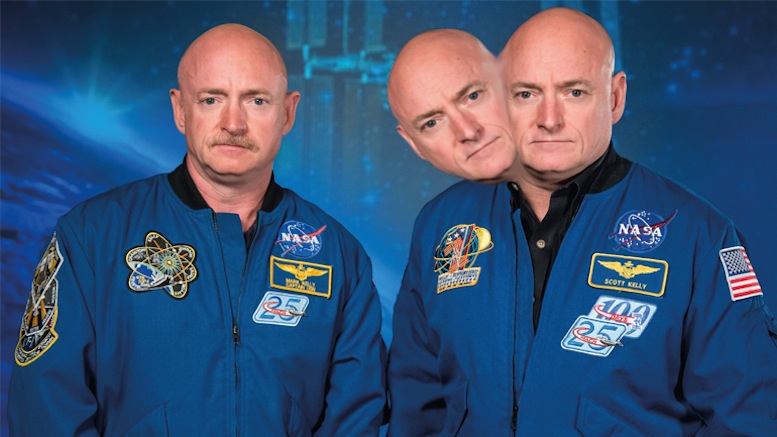 NASA has confirmed that being in space has changed Scott Kelly’s DNA, after tests revealed differences from the DNA of his formerly identical twin, fellow astronaut Mark Kelly.

For a long time NASA did not think to look for differences at the molecular level, until one alert scientist noticed something unusual.

“Have I been drinking or do you have two heads?”

A thorough examination revealed that the astronaut who had spent a year in space did indeed have two heads, which made sense to him in hindsight.

“I’ve been uncharacteristically indecisive since I returned to Earth which I thought it was just space fog, but it turns out I have two heads which rarely agree on anything!”

Just to be sure, NASA scientists compared DNA between the two once-identical twins, and as well as their headcounts.

“Mark Kelly, who stayed on Earth, still has one head and swears his twin did too before the mission.”

While the initial reaction to space being able to alter DNA was negative from a mission standpoint, that fact that it grows extra executive organs may be a good thing.

“They say two heads are better than one, so this could be quite promising.”