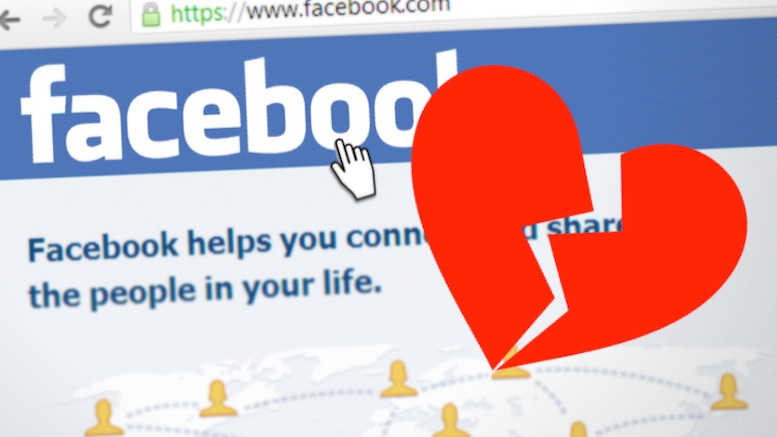 It's not you it's my social network.

[Menlo Park, CA] Facebook has announced that is about to get a lot more involved in your relationships. Initial reports suggested its new ‘breakup tools’ would offer the option to hide your ex’s status updates about how happy they are after you break up offline, but CEO Mark Zuckerberg has confirmed that is only the beginning of what he aims to achieve.

“What I’m really excited about is the breakup suggestion tool.”

With this feature, which he plans to roll out in the coming weeks, Facebook will not only help you manage your online interactions with your ex after you break up, but will actively monitor your interactions while you’re still in a relationship to determine if and when a breakup should occur.

“Our patented TIME2ENDIT? algorithm will monitor status updates and comments for passive-aggressiveness and facial expressions in tagged photos for signs of disgust that precursor an impending offline breakup. Once a threshold is reached, you will receive a suggestion that you break up now instead of dragging things out.”

Though the details of the algorithm are a carefully guarded secret, things it looks out for are a drop in the frequency of likes you or your partner give to each others posts, and a decrease in LOLs on status updates that are humorous in nature.

“In-house testing revealed it to be highly accurate, as we were able to predict all our employees messy breakups with near 100% accuracy weeks, months or even years in advance!”

There will even be a relationship autopilot mode, which takes the whole breakup process completely out of your hands.

“With Breakup Autopilot™ engaged, Facebook will handle everything for you once it’s determined there’s no hope – including sending a nicely crafted PM telling your partner it’s over, and updating your relationship status in your profile.”

This way, the first you’ll know that you’ve ended your relationship will be when you receive a PM from the FB_dump_bot informing you that you’re single again, by which point all the ugliness will be over with.