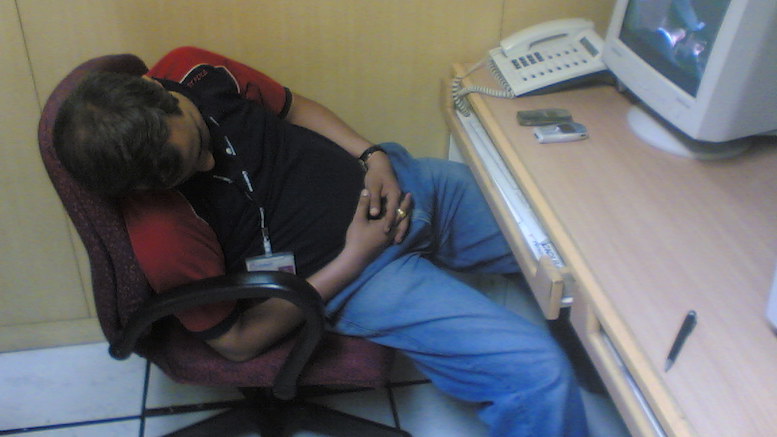 Fact checkers have an extra reason to feel sorrowful today, after one of their own was found dead at his Washington DC desk, apparently from exhaustion. Josh DeWitt, 43, was remembered by colleagues as a friend and tireless seeker of the truth.

“He believed words and statements had meaning right up to the end.”

Josh embarked on his fact checking career as an intern near the end of Bill Clinton’s second term, when his workload was reasonable as he would only check facts that were relevant to someone’s ability to govern competently. But then came the George W. Bush years, which were ‘heady times’ according to fellow fact checker Danielle Tosh.

“Suddenly any fact was up for grabs. It was an exciting time to be in the biz.”

Sadly, society’s increasing tolerance of non-fact based information since the 2016 election of President Trump proved overwhelming, and Daniel – whose fierce dedication to exposing blatant falsehoods was known to cloud his judgement – worked himself to death. His last assignment was reportedly to cover the President’s tweets.

“In a way it’s a blessing, since he wouldn’t have wanted to be around to see the day when facts don’t seem to matter at all anymore – which would be now.”

In lieu of flowers, those wishing to commemorate the deceased are ask to pick up a book that’s not by Bill O’Reilly.