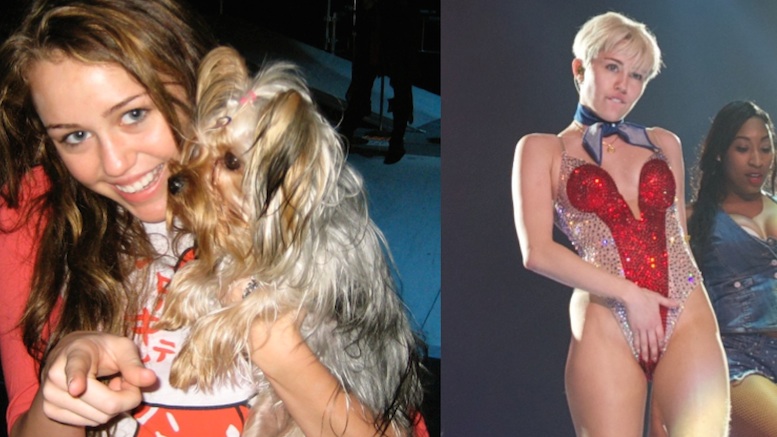 It was way back in the year 2010 when John and Jennifer Sampras and their only daughter aged twelve went on what they thought would be a weekend trek through one of the United States most isolated wilderness parks. Little did they know that their various GPS enabled systems would fail, causing them to have to live off the land for five long years before being discovered by a Amazon Prime drone undergoing long distance testing.

After physicians gave them a thorough check-up and found to be in excellent physical health – actually better than if they’d been back in civilization eating processed food the whole time – the next concern was how to integrate the Sampras family back into a society that is drastically different from the one they left five years before.

“Clearly our biggest concern now is how they will react when they realize how much Miley Cyrus has changed.”

Studies of isolated Siberian families in the mid-twentieth century revealed how hard it can be to abruptly learn about horrors that have taken place, like the Second World War, all at once. It is akin to an instantaneous loss of innocence, which can have unpredictable psychological consequences.

“Think of all the different times Miley Cyrus has shocked and disturbed us in her bid to throw off the yoke of Hannah Montana during the last half decade: The Wrecking ball video. Bangerz tour. All The Video Music Award appearances. Now imagine that happening to you ALL AT ONCE.”

The medical staff broached the subject of Hannah Montana delicately with the father first, and his response was worrisome.

“I can’t imagine she’s done anything to distance herself from her childhood persona that we’ve haven’t seen already with that edgy Hillary Duff.”

They tried to hide their looks of pity at the man’s naïve belief that what his family was about to go through was in any was comparable to their experience with Lizzy McGuire. Even if the family gets through this unscathed, there is still a long road ahead.

“They’re already asking where the new Jenner sister came from.”