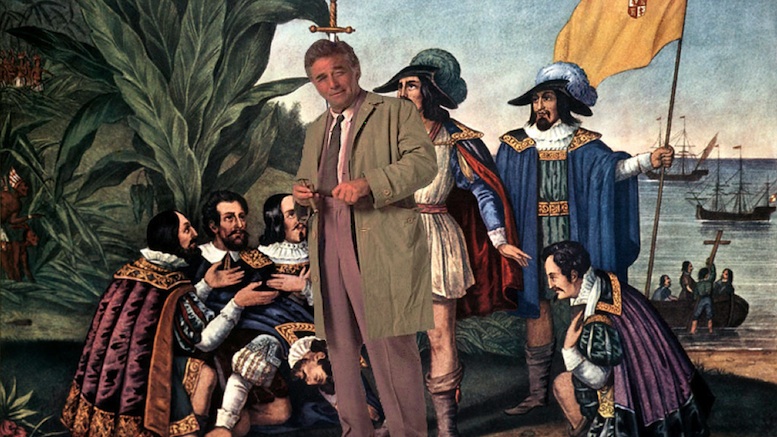 In response to growing pressure, the United States Government is to stop celebrating Columbus Day. The traditional October holiday falling on the second Monday will now be known as Columbo Day, when the affable TV detective made famous by the late Peter Falk is to be honored instead.

“This way Italian-American fans of Columbus still get to celebrate someone they can view as one of their own, while those who disdain Christopher Columbus will hopefully take comfort in the fact that a genocidal conqueror has been displaced by someone who is very hard to dislike.”

The National Congress of American Indians, though far from satisfied, agreed that it’s difficult to stay angry at Columbo for any length of time.

“Obviously this is not what we were looking for as it still celebrates a white man of privilege instead of highlighting Indigenous Peoples. That being said, one could do worse than to promote a consistently underestimated clumsy detective who always manages to show up the folly of powerful elites in the end.”

Schools that are not closed are encouraged to mark Columbo Day by setting aside a couple of hours for a joint viewing of an episode. DVDs may be ordered from the Department of Education free of charge.

“May we recommend ‘Last Salute to the Commodore’ featuring the inimitable Robert Vaughn. It’s a classic.”