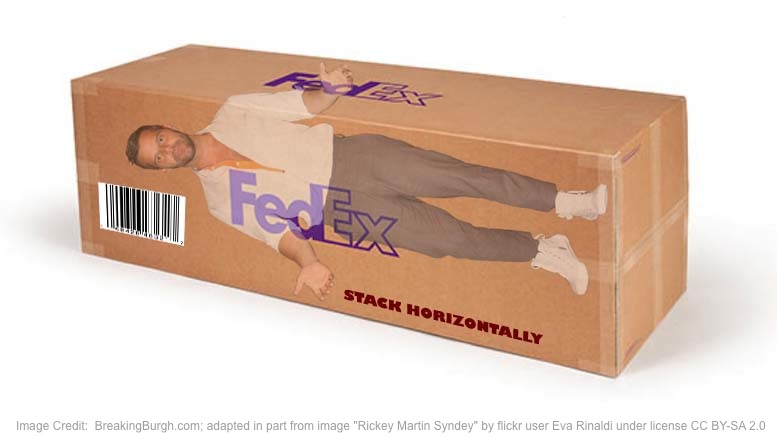 FedEx CEO Frederick W. Smith wasted no time responding to Republican candidate Chris Christie’s call for FedEx to get involved in the immigration issue, and was positively beaming with pride this morning as he announced the launch of his company’s new Immigrant Shipping Service, providing fast and affordable door-to-door shipping of carefully boxed immigrants.

Smith was understandably upset when he heard that the New Jersey Governor was extremely unhappy with what he had come up with.

“What exactly did he want from me then?”

The CEO listened intently as it was explained to him that Christie was not interested in his ability to ship packages per se, but rather his ability to track things with precision and never lose sight of them. Christie, he learned, wanted him to use those skills to track immigrants as they lived and worked in the United States, just like other living breathing people who are not parcels do.

Smith responded to Christie’s criticism by enumerating the very many blindingly obvious reasons why tracking packages is a substantially different task than that of tracking immigrants, such as the fact that flat cardboard surfaces are much more amenable to holding affixed barcode labels than movable skin that can sweat is, and the fact that packages don’t get up by themselves and move around, or get it on with other packages and magically produce even more packages that would then need their own separate UPC codes.