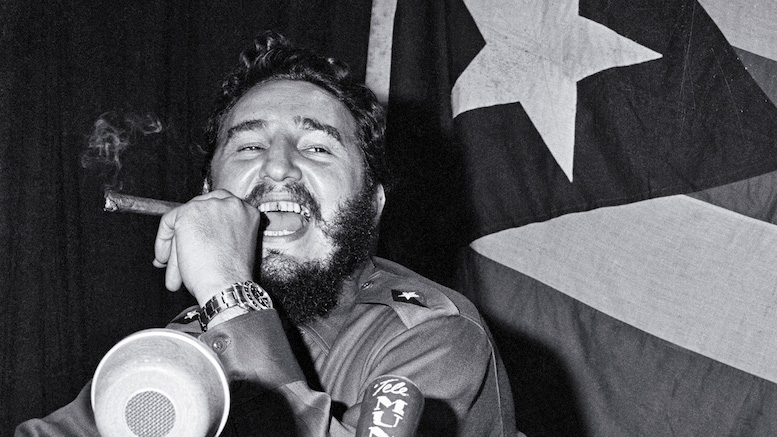 Though the story being put out by the Cuban regime is that he died peacefully of old age, it’s well known that Castro would not have died of something so prosaic as natural causes until he was at least 140 years old. In fact, his demise was the result of an assassination plot involving an exploding cigar presented to him by a now-deceased CIA operative in 1986.

Though they found out at the time that Castro had given up smoking a year earlier,
then CIA director William J. Casey was upbeat, noting that many smokers have relapses.
Sure enough Castro, who had not smoked in 30 years, decided on Friday it was time to fire up a cigar to celebrate the ascendancy of Donald Trump to the White House, something which put El Comandante in an exuberant mood.

“He asked for someone to fetch the nice fat stogie that Yankee’s fan had given him three decades ago.”

The CIA is particularly pleased to have finally won the upper hand after decades of foiled attempts to assassinate him without success – over a period in which two sitting US Presidents were shot, one fatally. There had been concerns that this made them and the United States as a whole look foolish and incompetent.

They then raised a glass to themselves for achieving their goal of knocking off the nonagenarian dictator to make room for a largely identical regime ruled by his younger brother.