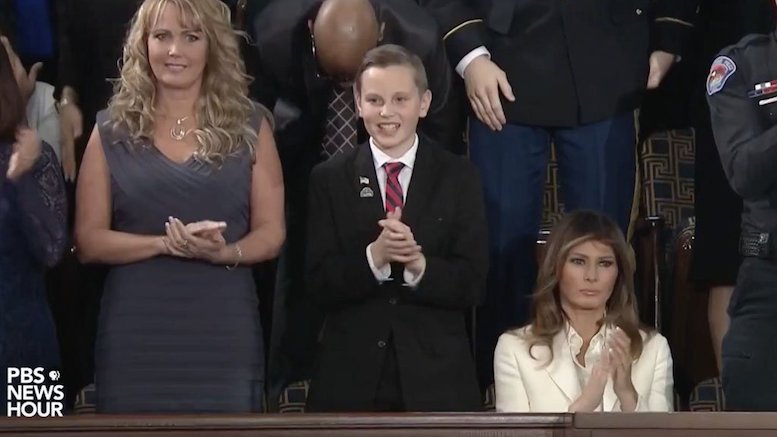 Despite high levels of security at the State of the Union address, a Trump-hating female protester still managed to sneak into a prime seating area reserved for friends and family of the President.

“Everything about this woman screamed ‘Not my President’. She must be a Hillary fan or maybe a Bernie supporter.”

Dressed all in white, she didn’t even attempt to hide her displeasure all through the ninety-minute speech.

“Whoever she is, she must really hate Trump.”

Sources who say they know the mysterious activist say it could be because she’s an immigrant that she is so fundamentally opposed to the President.

“There’s even talk of some visa irregularities when she first moved here.”

The woman expressed her extreme disgust with President Trump and everything he stands for by staying pointedly seated while all around her stood, and at other times appeared to lapse into deep thought with a thousand yard stare on her face.

“The only other time I’ve seen a state like that was when I served in Vietnam. That lady must have seen some stuff.”