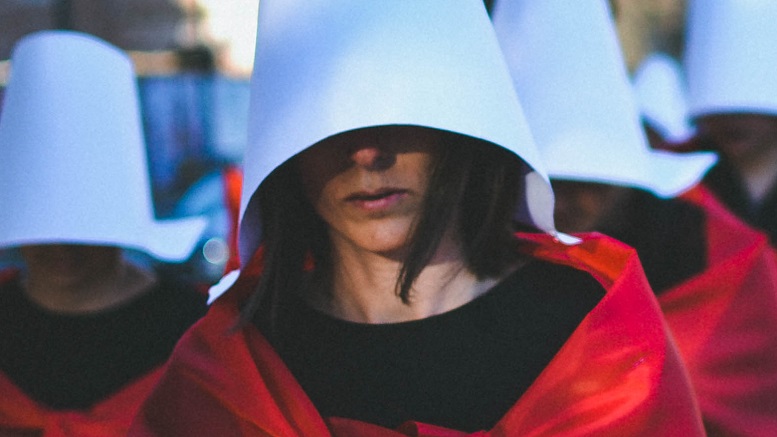 Following the passing of liberal Supreme Court icon Ruth Bader Ginsburg and the flagrant assertion by Mitch McConnell that he will secure a hearing of Trump’s nominee despite the looming election, the producers of Hulu hit series The Handmaid’s Tale have announced a major change to the show going forward.

“From now on it will be filmed on the streets of the United States using real people.”

Producers of the show said that though season four was already filmed and scheduled to air soon, the transition to the new concept for season five shouldn’t be too noticeable.

“We expect the transition to be pretty seamless, especially if the American public returns the present incumbent to the White House for another four years.”

The show’s creators said they were sad to lose their gifted staff of writers and powerhouse acting talent, but they couldn’t justify not switching to a loosely scripted documentary-style format using real women living in the post-Ginsburg United States.

“Good drama is supposed to pose what-ifs and explore alternate realities, not represent a second-rate version of what you can achieve by filming real life with a handheld camera.”

Though critics have said that the most recent season due to air soon has taken an even more oppressive turn, showrunners say that is nothing compared to what’s coming next.

“Be prepared for some of the darkest, most shocking episodes you’ve ever seen!”

5 Comments on "Fifth Season Of The Handmaid’s Tale To Be Filmed Without Script, Actors"