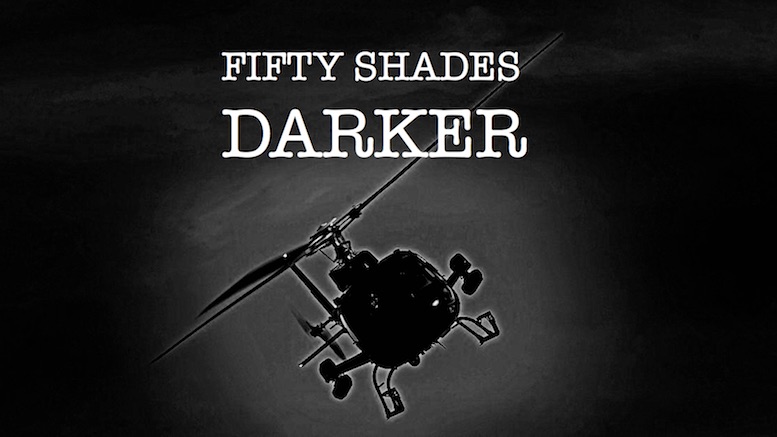 Just released in the United states, the long awaited Fifty Shades Darker is already winning accolades in Saudi Arabia, where an edited version of the film played in the Dammam film festival.

Fifty Shades Darker took the Golden Palm Tree in the ‘Short Shorts’ category for films under 2 minutes including end credits, with critics raving about it’s brilliance:

“In this wonderful film, a man in an expensive suit feels bad about his childhood so he crashes a helicopter. Such genius!”

Many in attendance were impressed that the producers were able to crash a helicopter, as most films in that category are made in people’s apartments using their iPhones.

“But not this one – from the rich tones I would guess it was shot on a Arri Alexa.”

The 1 minute 58 second film was lauded for capturing the feeling of being alone whilst wearing a good suit, and facing your demons by crashing a helicopter.

“I think we all can relate to that. Obviously the helicopter crash is allegorical as he walks out of the burning wreckage without a scratch.”

The film is being compared with a previous winner in the Ultra Short Shorts category – Martin Scorsese’s 59 second masterpiece The Wolf of Wall Street – which coincidentally also concerned a man who felt bad and crashed a helicopter.