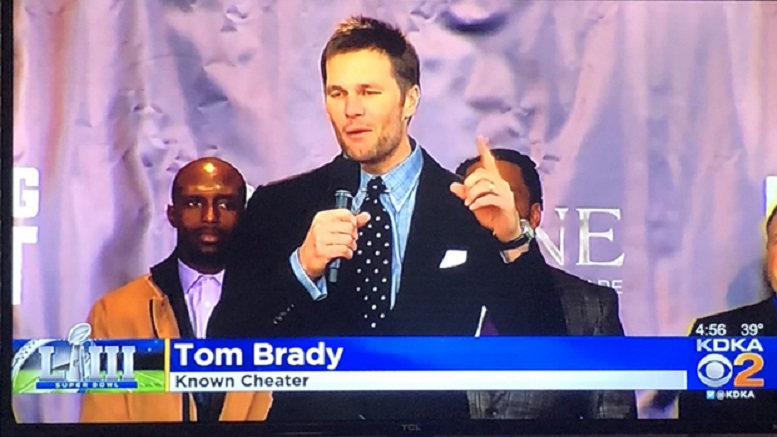 A producer fired by local station KDKA has something to look forward to today, as news leaked that he has been awarded the prestigious Pulitzer Prize for Honesty in Journalism

The producer was let go for a caption “Known Cheater” together with an image of New England Patriots Quarterback Tom Brady that aired recently.

The Pulitzer is not given out lightly, with the committee behind it insisting on a comprehensive background investigation of their own to verify that the claim was correct.

They say he can feel proud as well as unemployed for what he did.

“This young man now joins a prestigious family of Pulitzer Prize winning journalists including Woodward, Bernstein, and Soviet dissidents who got the truth out despite the opposition of crooked and authoritarian regimes.”

Update: The bold action already appears to be having an effect, with news that the Patriots are considering trying the win without cheating this time.