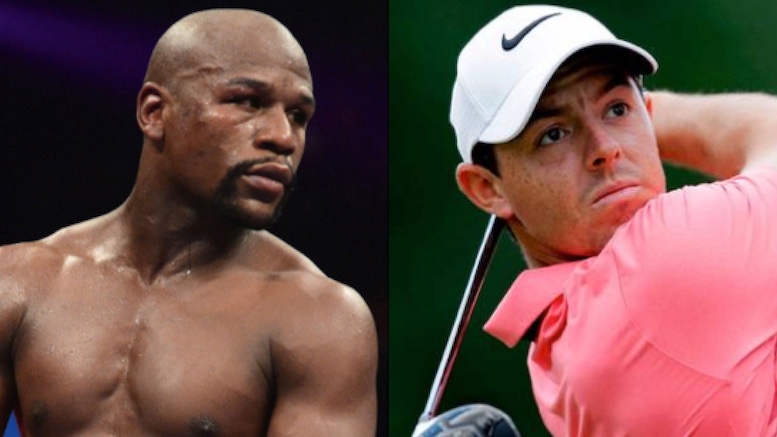 After the great success of his highly publicized prize fight against Irish UFC champion Conor McGregor, Floyd Mayweather has announced he will come out of retirement again to go up against world-class Irish Golfer Rory McIlroy.

“There’s something about these Irish, even when they don’t have any proper experience in the boxing ring.”

Having been taken to the tenth round by McGregor, Mayweather is not taking his bout with the PGA tour-winning golfer lightly.

“We’re fighting by boxing rules so Rory won’t be allowed his nine iron, but he’s still got a mighty swing.”

Mayweather expects to struggle at first with unorthodox angles as happened with McGregor, though he will be training to defend himself from McIlroy’s signature move of standing alongside his opponent and delivering a devastating uppercut with both hands clasped together.

“If he lands one of those I could be on the mat!”