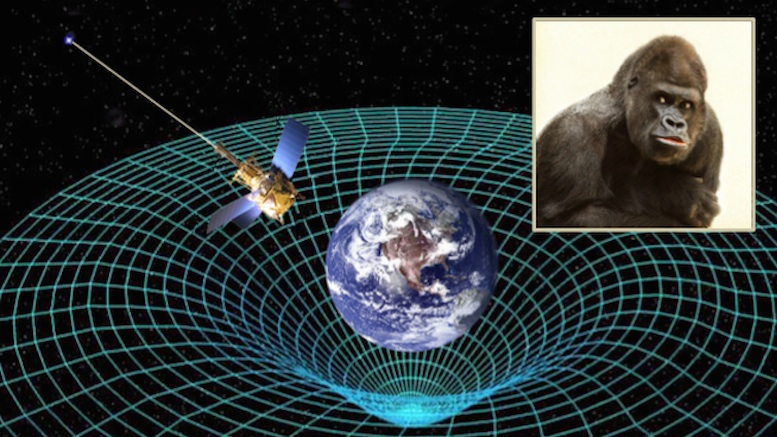 The online reaction over the death by shooting of Harambe the gorilla at a Cincinnati zoo has been quick to condemn all those responsible, starting with the four year old who entered the enclosure without any regard for the unfortunate sequence of events he surely knew would unfold.

Anger has also been directed at the negligent parents for letting the child momentarily out of their sight, which no responsible parent has ever done due to it invariably leading to a magnificent animal having to be put down.

Outraged internet warriors also criticized zoo officials for using a real gun to kill Harambe, instead of a tranquilizer gun that would have rendered the 400 lb great ape unconscious in milliseconds as anyone who watched the original Batman TV series knows.

Still, even with all this occurring, keen users of social media contend that Harambe would still be alive if a certain other participant had acted differently – gravity.

“The boy fell 50 feet into that enclosure, which could only have happened with the willing participation of the gravitational force.”

The depth of the internet’s anger with the fundamental interaction that has yet to be reconciled with quantum theory is such that online discussions have already degenerated into a comparison of gravity with Hitler.

An online petition demanding that gravity should be fully investigated is already nearing one million signatures, though the world’s community of theoretical physicists insist they are already doing that as part of their normal research.