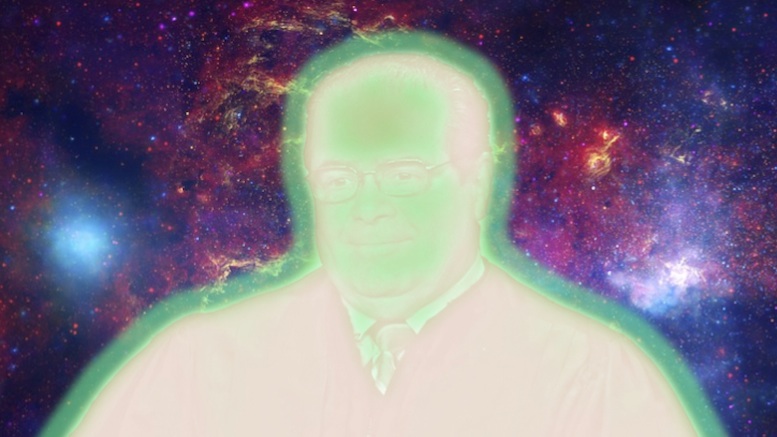 Former US Supreme Court Justice Antonin Scalia, who died suddenly while still on the bench, is remembered for his dominant personality, intellectual prowess, and the Originalist Theory that was his guiding judicial philosophy. Though he robustly defended himself against lightweight critics here on Earth when he was alive, Scalia is apparently getting a rougher ride in the afterlife from the very Framers who wrote the document he is so fond of.

It started with some gentle ribbing from James Madison.

“Hey, Antonin – Want to know what I would have thought about that case involving GPS tracking and tiny constables? Something like – What is a GPS? And why are you asking someone who died in 1836 about smartphone technology in the post-Jobs era?”

Benjamin Franklin in particular couldn’t prevent himself from giving the Reagan appointee a hard time. Scalia, being only too aware that he was seriously intellectually outgunned, had to take it all with a forced smile.

“We still had slaves and women couldn’t vote. The germ theory of disease was yet to be accepted. So I think it’s safe to say we didn’t know everything. And what’s with all the anti-gay stuff in 2015? Freak!”

They also teased Scalia for not deducing from the myriad nebulous phrases employed that viewing the Constitution as a living document might have been their intent.”

“Do you really believe the societal notion of what is ‘cruel and unusual’ doesn’t evolve over time? Might want to read a history book there, Tone.”

Sensing they may have been too harsh, they then told Scalia he could hang out with them as long as he kept his mouth shut.