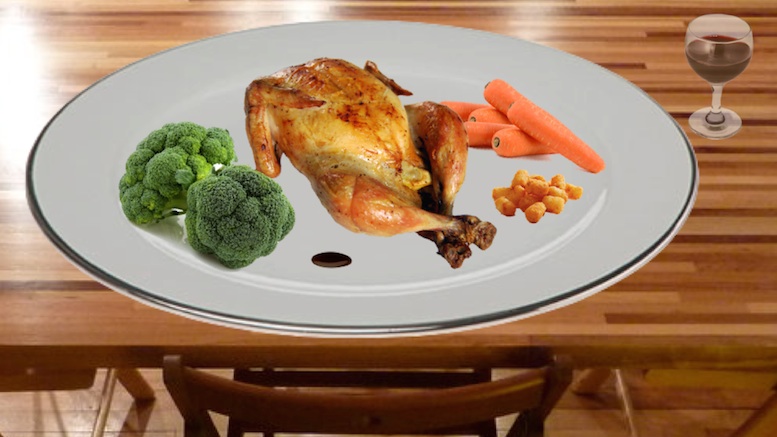 Fit for a very hungry King.

It has always been Philippe’s Bouchard’s dream to utilize his unique culinary flair in his adopted town of Pittsburgh where he’s resided ever since leaving Paris due to an unfortunate incident involving a sous vide machine.

“I ended up here for some reason and never left. Must be something in the water.”

He has watched the explosion of new restaurants in Pittsburgh with keen interest, and desperately wants to introduce his take on nouvelle cuisine, known for its elegant plating and minuscule portions, to Pittsburgh’s dining public. It is especially important to him that he caters to the whole of the city, and not just the ‘trendy types’, as he calls them. But this presented a glaring problem.

“I’ve been to those Italian restaurants in Bloomfield. The hearty diners you find there are clearly not going to be satisfied with two thimblefuls of garlic mashed potato just because it looks pretty.”

Bouchard was determined to give real Pittsburghers the elegant culinary aesthetic of a protein sparsely arranged on a plate with a small pile of baby carrots and nickel-sized broccoli florets, while also giving them the quantity of food they wanted – a whole roast chicken, a pound of glazed carrots, two full heads of broccoli, and gourmet tater tots. It seemed like his two objectives were irreconcilable until Philippe had a moment of Gallic inspiration.

He thought he might have to learn pottery and buy a kiln until he discovered a factory that custom-made giant novelty plates, primarily for theme park displays. He ordered all the 36 inch diameter dinner plates they had available to equip his butcher-block-themed bistro. Though the supersized plates could accommodate the volume of food required while still maintaining the look of nouvelle cuisine, other problems quickly appeared.

“What would normally be a table for four now seats one, with obvious consequences for my revenue stream.”

Philippe believes he can make up for this by encouraging people to eat their meals in a fraction of the normal time. He will take the unusual step of serving meals with a timer, with patrons being charged extra for every minute they go over the allotted quarter of an hour in which to consume their food.

“Pittsburgers love a challenge and they also love sports in all its forms, so the imposed time limit might even end up being an attraction in it’s own right.”