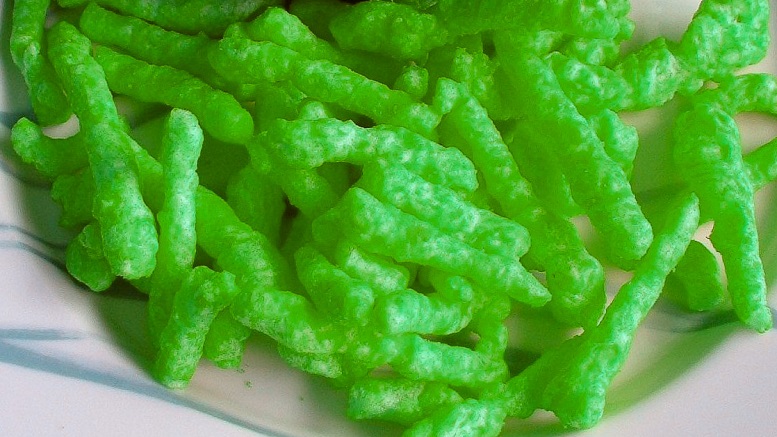 The popular snack Cheetos will look different starting tomorrow after Frito-Lay decided to change the color from its traditional bright orange.

“Cheetos are now fluorescent green, though with the same great cheesy taste you know and love.”

The move is being made in response to consumers associating the product with President Trump.

“People who love cheetos suddenly reported feeling sick after eating them, and we finally realized it’s because they reminded them who the leader of the country was.”

Focus testing suggested the new look was a vast improvement, with the product now being associated with aliens, radioactivity, and the Grinch instead of the current White House incumbent.

Orange growers will be closely watching Frito-Lay’s balance sheet, as they decide whether to genetically modify their product to be more purple.

Sadly, one victim of the Trump era appears to be the mushroom business, where sales have been steadily falling over the past year.

“People just can’t bring themselves to put a mushroom in their mouth anymore for some reason.”