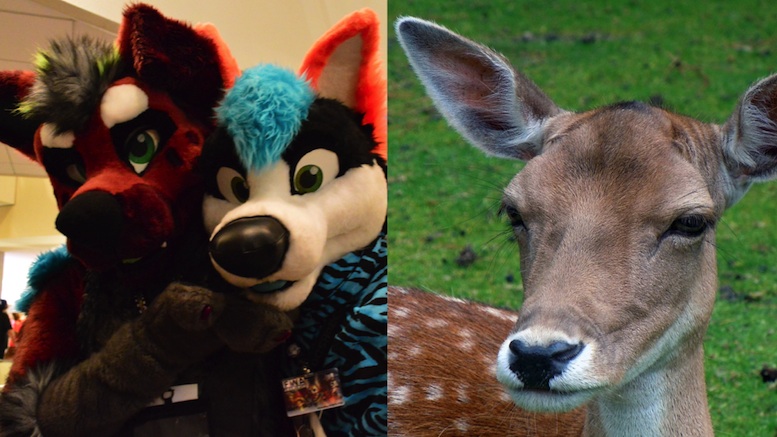 (Pittsburgh, PA) It’s that time of year when the Steel City hosts the ANTHROCON (aka the Furries Convention) at the David Lawrence Convention Center, which is now an established annual event since first coming here thirteen years ago. However this year’s meeting is engulfed in controversy after local wildlife have accused it of being in bad taste, with a local activist badger deeming it cultural appropriation of the worst kind.

“When a dominant culture take on aspects of another for entertainment, it affects and undermines how that minority culture is perceived, which is the essence of oppression.”

Other animals, particularly the deer population, say they do not object to the Furries in principle, just the lack of seriousness they exhibit.

“The least they could do is show us some respect by doing it properly, which means sleeping in the woods not a hotel, and foraging for berries instead of eating pizza at Fernando’s Café.”

But, perhaps most of all, local wildlife is offended by the fact that they themselves are not welcome at the convention or other attractions in the cultural district that benefit from Anthrocon dollars, according to a raccoon who did not wish to be named.

“Unless I get a gig as someone’s emotional support animal, there is no way I’m getting to eat out at Meat & Potatoes or see the PSO perform at Heinz Hall.”