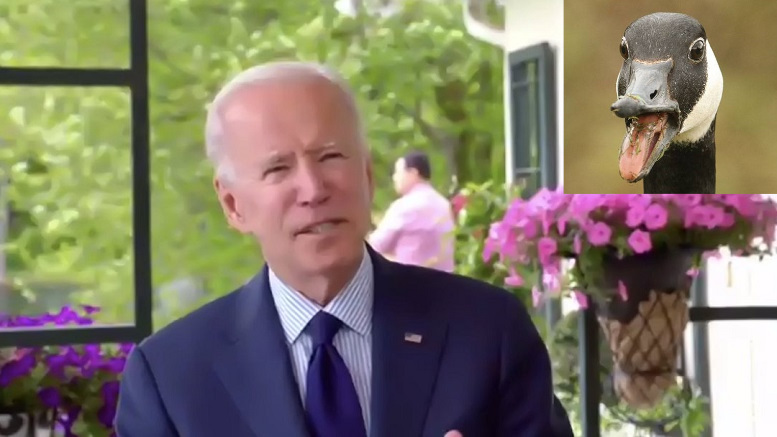 Democratic Presidential contender Joe Biden attempted to bring his campaign out of the basement today with mixed success, as his message was interrupted by a band of noisy geese. Though initially reported to be enthusiastic supporters of President Trump, it turns out the geese were in reality local actors paid by the Trump campaign to make the presumptive nominee look bad.

“For these geese this was just a paid gig and nothing more.”

Privately the geese admitted that they personally supported Biden, but couldn’t turn down work in these trying times.

“Us geese have to eat just like any other artist.”

The episode harks back to earlier actions of the Trump camp, which paid local human actors to portray enthusiastic young supporters of the President during the 2016 election campaign.

“These are the same old Trump shenanigans, only this time it’s with geese.”