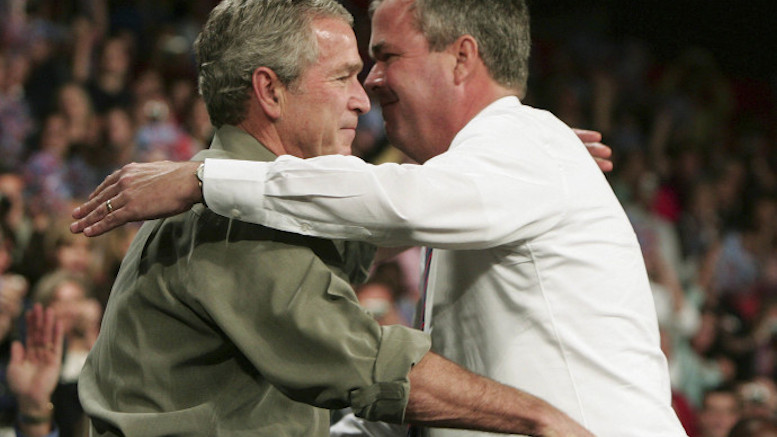 "I promise this will be quick." (Image credit: George & Jeb Bush by Flickr user Peter Stevens used under license CC BY 2.0.)

In an act of fraternal kindness, George ‘Dubya’ Bush has decided to put an end to the pain and suffering his hapless brother Jeb is enduring by finishing off his campaign once and for all. Though he initially planned to stage an intervention together with other political advisors to convince Jeb that his cause was hopeless, he instead came up with a far more effective way to bring the campaign to a swift conclusion – joining it.

Political observers note that the 43rd President of “Mission Accomplished’ fame has studiously avoided the political arena in the seven years since he left office, knowing that he would be instantly toxic to any endeavor he became associated with.

“Jeb is a proud man who hates to admit defeat. I can’t think of a better way to to kill his campaign off.”

Unfortunately for the GOP, there is already a high degree of animosity between George Bush and Donald Trump, meaning he will be unlikely to be able to kill off that campaign by embracing it as the Republican establishment had once hoped.