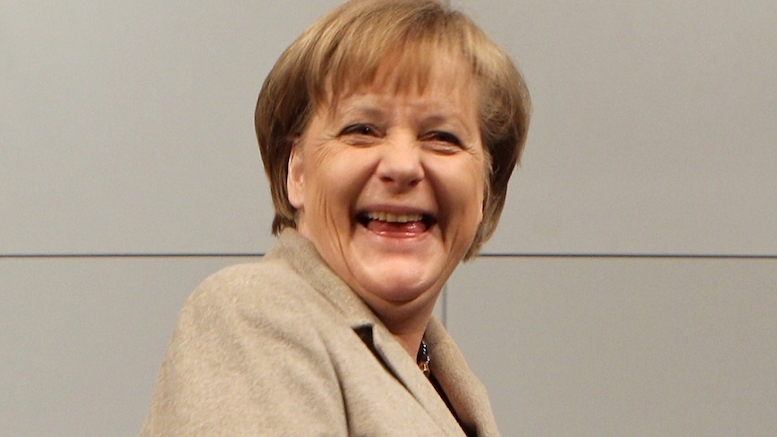 (Berlin) After initially arguing that Germany didn’t owe the United States ‘vast sums of money’ in return for NATO defense protection, Chancellor Angela Merkel has agreed to pay up.

“The German people are happy to do so in the form of compensation paid directly to the victims of the horrible attack on Bowling Green on your behalf.”

Merkel is not being stingy either, as she has committed Germany to paying one billion euro (approx. $1.1 billion) each to the families of every victim of the attack.

“All they need to do is submit their claim directly to my office, with all the relevant information including which hospital or morgue their family member tragically ended up in.”

As a further mark of generosity, Merkel – who is quite wealthy – wants to celebrate President Trump’s victory by making a symbolic 10,000 euro donation to his re-election campaign fund for every person at Trump’s inaugural in excess of the number at Obama’s.

“Just have your National Park Service forward me the relevant photographic evidence so I can guestimate how much to give.”