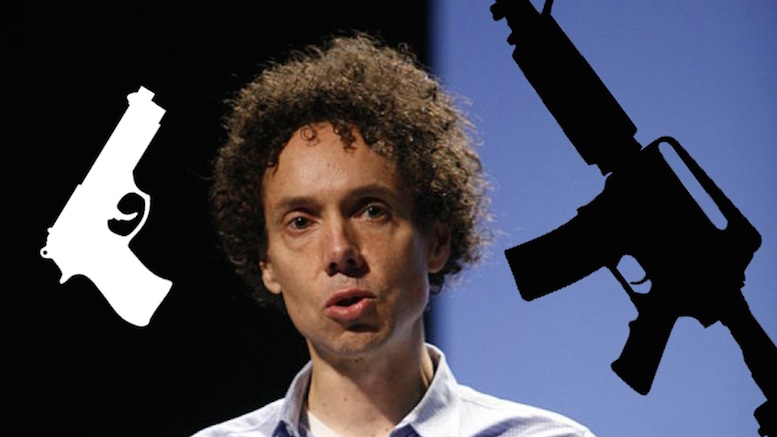 Keen observer of human nature Malcolm Gladwell has become a household name pointing out the harbringers of irrevocable changes in our society. When asked about recent horrific incidents involving gun violence, he says it should be apparent to even the most unscientific observer that the United States is on the cusp of a major shift when it comes to gun control. The author and occasional Art Garfunkel impersonator explained how it is likely to unfold.

“After so many indiscriminate massacres amid mounting evidence that their frequency is tied to our culture of readily available powerful firearms, I believe the next event of this kind will be a tipping point whereby we reach even greater levels of ineffective outrage of slightly longer duration.”

Though understandably reluctant to commit to exact numbers, when pressed Gladwell gives his best estimate.

“I can foresee ineffective outrage after another vicious slaying lasting as much as a five days – maybe even a whole week if it’s an entire school that is systematically gunned down. We’re not talking Cecil the Lion levels of course, but still.”

Even the NRA has taken heed of Gladwell’s warning, and is expected to wait a full 24 hours longer than normal after the next incident before reminding all the politicians in its pocket that the gun control legislation everyone is yammering about must go nowhere. Gladwell fears we are about to enter completely unknown territory.

“I just don’t what the limit is to how many times you can mount a 48 hour cathartic viral campaign that goes nowhere. Probably none now I think about it.”