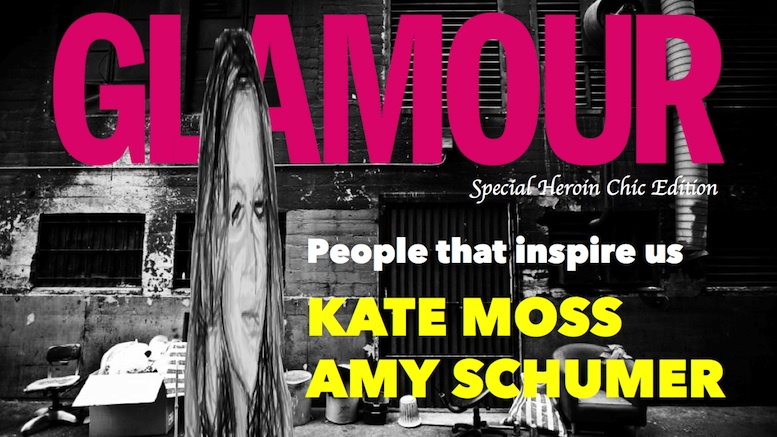 Just days after incurring Amy Schumer’s wrath by listing her on the cover of a special edition of the magazine focused on plus size women, Glamour magazine has managed to mess up again. Though Schumer made clear there was nothing wrong with being plus sized, the biting comedian is demonstrably not, and she faulted the special edition for distorting reality which she says can cause real harm.

Glamour quickly apologized but screwed up a second time when they attempted to placate Schumer by rushing out a special “Heroin Chic” edition that also mentioned her on the cover. Producing the special issue in a matter of mere hours was a hugely expensive proposition but it was partly offset by advertising, though not in this case by Lane Bryant, but a mix of diet pill manufacturers and fashion model agencies.

When a second furor erupted, the magazine said they were only trying to make up for their mistake and didn’t understand what Schumer wanted. Part of the problem, they said, was that they were perplexed by Schumer’s statement that she ranged from a size 6 to an 8.

The magazine’s editorial department say they are frustrated as they have done everything they can think of to make Schumer happy.

“Maybe Amy Schumer needs to decide which of the two types of women that there are in the world she identifies with.”