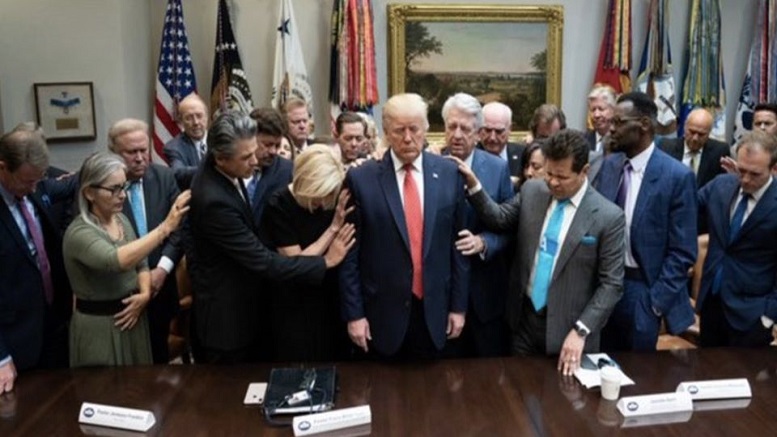 With all the talk of the drone strike on a senior Iranian military commander, the Lord Our God has admitted that even he nearly gave into the temptation of launching a lightening bolt strike recently, in that case directed at the White House.

“I felt it could be justified under the ‘don’t take my name in vain’ doctrine, but Jesus convinced me the optics would be terrible.”

The occasion was a meeting with President Trump of his closest spiritual advisor Paula White-Cain together with other evangelicals.

“Don’t tell me you wouldn’t also be itching to launch one billion volts of electricity in their direction.”

In the end, he’s glad he didn’t go through with it, though he admits he still savours the thought.

“He could still end up being struck by lightning by chance on the golf course. That’s a thing, right?”

We need your help! Please consider giving a recurring micro-donation on Patreon or a one time donation. And if you can’t help financially you can still do us a big favor by sharing.