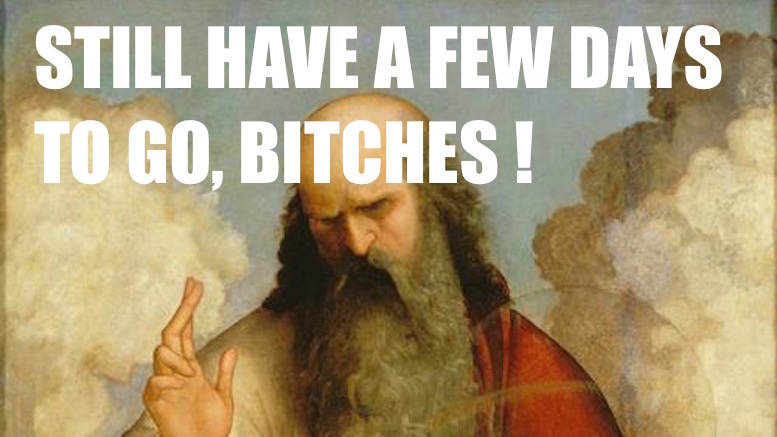 It’s no news to anyone that 2016 has been a rough year for celebrities and their fans, with A list names appearing in the obituaries with alarming regularity.

Even Pope Francis has had enough of the Almighty taking people’s favorite stars before their time.

Though people were prepared to overlook it earlier in the year as a statistical fluctuation, suspicions began to grow once Prince died. It is now abundantly clear that the Lord of Hosts is basically just taking the piss at this point, leaving some to wonder just what kind of sick bastard this deity really is.

“First Carrie Fisher has a heart attack on a plane. Then George Michael dies out of nowhere on Christmas Day, making us forget about Princess Leia – until she dies two days after that. Talk about being a top-shelf A-hole!”