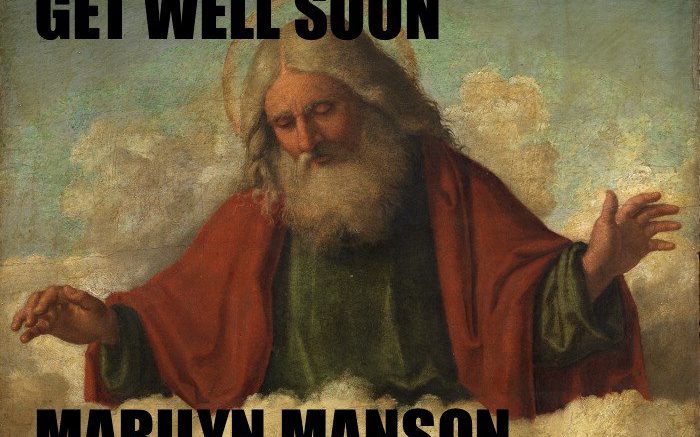 In a highly unusual move, God issued a statement today categorically denying any involvement in the accident resulting in Marilyn Manson being taken to hospital.

“We may have our differences, but this was a pure accident and nothing more.”

The unfortunate event occured during a concert in New York City, when a prop fell on the performer necessitating treatment.

The Almighty took particular pains to reject the assertions by certain self-identified religious folk who say this is God’s vengeance for Marilyn Manson’s act.

“Absolutely not and I’m sick of these people giving me a bad name. If I’m going to smite anyone, it’s them.”

God then requested that everyone pray the goth singer has a swift recovery.