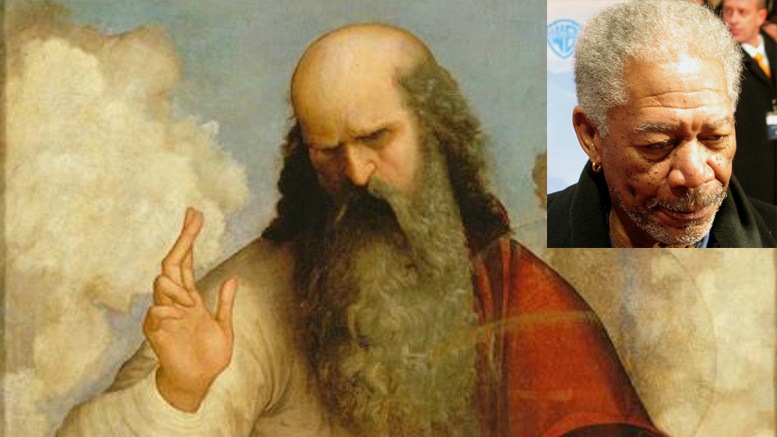 In an effort to get ahead of the damaging story enveloping him, God has released a statement regarding his frequent portrayer Morgan Freeman, who stands accused of improper behavior by a number of women.

“Despite my close association with Morgan Freeman over the years, I had no knowledge of this alleged boorish behavior, and must say I am shocked, as is everyone else up here.”

Most unusual was that God chose to deliver the message in person, by appearing as a burning bush in the break room of a local news channel.

“Normally I would speak through a human possessed of a mellifluous voice of unearthly grace and authority, but obviously using Mr. Freeman would send the opposite message of what I’m trying to say.”

Currently God is desperately seeking another actor capable of being his go-to person for dramatic reenactments.

“Do you think Idris Elba would be interested – assuming he doesn’t get the Bond role?”