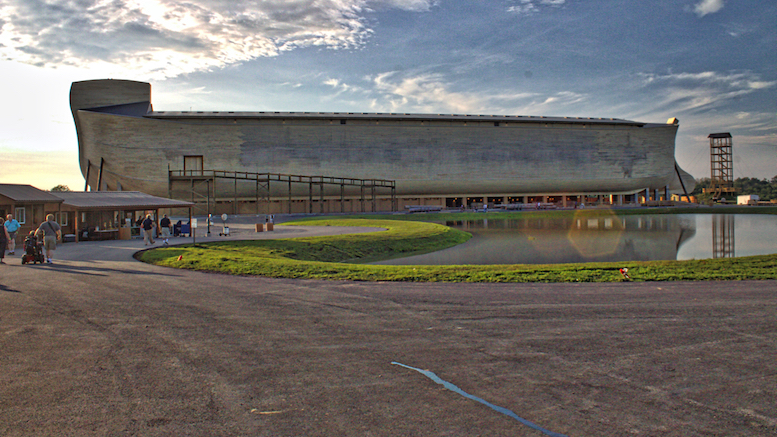 (Grant County, KY) In what may be the final nail in the coffin of the biblical theme park Ark Encounter, the second largest investor after the State of Kentucky, God, has pulled out of the project. Analysts said this represents a devastating blow for the creator of the park, Ken Ham.

“If anyone had a vested interest in this succeeding beyond the raw financials it was God, but there comes a point when your business brain tells you to just walk away.”

The theme park, the centerpiece of which is a giant replica of Noah’s Ark, has failed to attract enough visitors or stimulate the local economy sufficiently. A source close to God revealed some of the reasons the deity called it quits.

“God was disappointed to learn wasn’t designed to float so it could have been moved to different locations, and also felt a better job could have been done with merchandizing given the huge potential for stuffed animal toys.”

God has reportedly invested instead in Florida theme park ‘The Wizarding World of Harry Potter’, which is paying off handsomely.