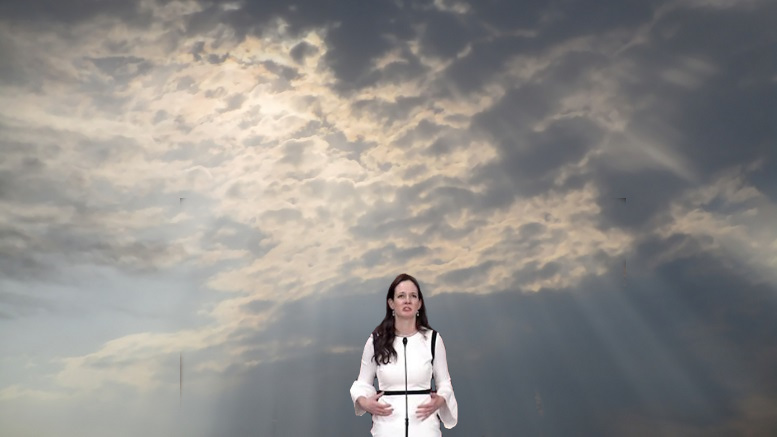 (Harrisburg, PA) Pennsylvania’s State Legislature was treated to a mini version of the rapture today when one of their members was summoned to God’s side by ascending abruptly into the heavens.

The miraculous occurrence happened as freshman GOP
State Representative Stephanie Borowicz invoked the name of Jesus no less than 13 times during a prayer preceding the swearing in of the legislature’s first Muslim woman.

“When she hit the ninth ‘Jesus’ the roof opened up and I knew something was happening.”

GOP members quickly tried to call their fallen friends and relatives to say goodbye and wished their Democrat colleagues luck dealing with the four horsemen of the Apocalypse. However it soon became clear this rapture was focused solely on Rep. Borowicz.

“I guess God figured that was the quickest way to put an end to what she was doing.”

Reached for comment, Jesus described the event as ‘unfortunate’ and ‘not what I’m about at all’. He added that the uni-rapturing of Borowicz was a mistake in hindsight.

“Because now we’re stuck with her up here.”