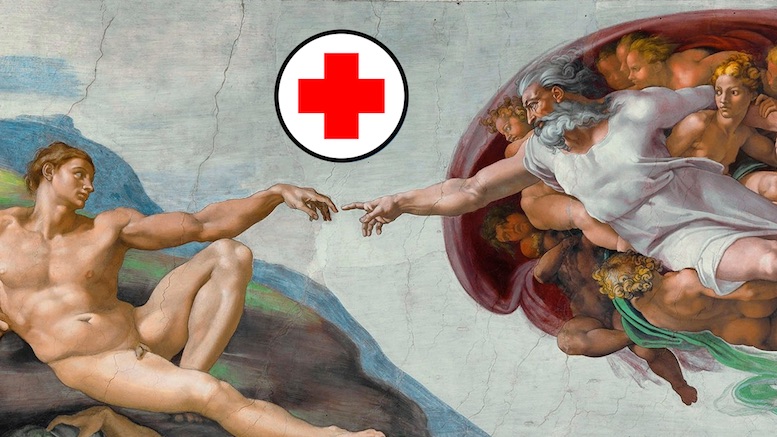 Given Republican moves to repeal Obama’s Affordable Care Act, God issued a rare public statement today to remind everyone that the healthcare plans he offers are no substitute for the coverage Obamacare has been providing to tens of millions of Americans.

“My healthcare plans are designed solely to provide supplemental peace of mind and don’t cover office visits, hospital stays, or any kind of treatment. As standalone medical insurance they’re shit.”

While admitting that the premiums he charges – which range from regular church attendance to the occasional prayer – are lower than those of even the cheapest Obamacare plans, God says you get what you pay for.

“A bowl of chicken soup is more likely to cure your cancer than one of my healthcare plans. They’re that bad.”

The widespread adoption of his medical policies by the wealthiest nation in the world as the sole coverage for many Americans has become an embarrassment to the Almighty, as they were never intended to be used in this way.

“By themselves they are only appropriate for palliative care in specific niche markets, like those in disease-ravaged Third World countries with no hope or resources, mortally wounded soldiers left to die on the battlefield, and people who’ve fallen down Himalayan ice crevices with no chance of rescue.”

God said he is fed up with wealthy politicians with real insurance plans telling poor people to rely on his coverage. God has also had it with religious leaders who insist divine intervention has saved individuals from otherwise certain death under the so-called ‘miracles’ provision.

“Usually it’s a fraud or someone who has an abnormally robust immune response that defies conventional wisdom. Trust me – nobody should be relying on the crap I’m offering.”