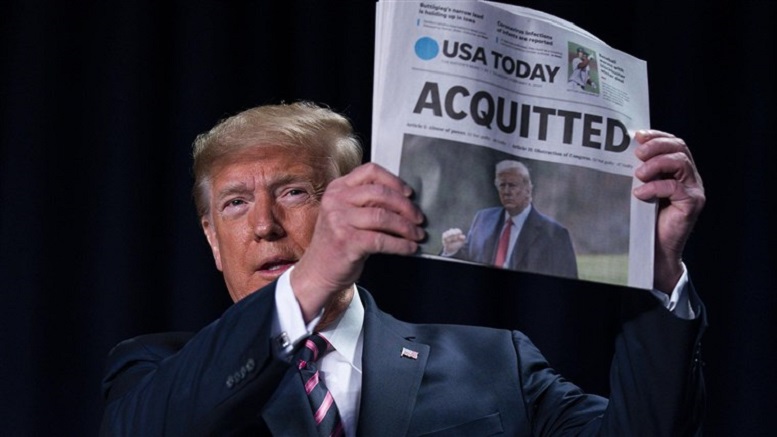 The normally peaceful National Prayer Breakfast was thrown into chaos today when its star attraction, God, abruptly left the room not long after President Trump arrived.

The Almighty, who normally attends as an ethereal presense to hear the intercessions of the mortals in the room, said he couldn’t stomach it any longer and whisked himself away mumbling ‘This is bullshit!” within earshot of some of the pastors present.

Things had gotten off to a bad start when President Trump held up a newspaper with the front page headline “Acquitted”, prompting God to ask those around him if the President knew this was the Prayer Breakfast. The last straw appeared to be when Trump attacked Mitt Romney, whom God has taken to calling “My Main Mormon” after he listened to his deity’s advice on how to approach the Impeachment Trial.

President Trump appeared nonplussed when informed that God wanted nothing more to do with what he described as a ‘sham of a National Prayer Breakfast’.

“Fine – we’ll just pray to the other guy from now on. More my style anyway.”