MOUNTAIN VIEW, Calif — Google Inc. (NASDAQ: GOOG) announces the beta release of its latest product offering, Google Climate.  In addition to providing up to date weather information integrated with google maps and google earth, ‘Climate’ will also allow consumers to alter the weather based on crowdsourcing principles. In the initial beta release, the interactive aspect will be limited to rain pattern alteration only using silver iodide cloud seeding technology, though more ambitious programs to alter wind and light patterns are to follow in due course.

To request rain, simple type “rain please” into the Google search page, and you should see a report on the current conditions in your area as determined by IP address, which indicates that your request has been received. If you do not wish for rain, enter “no rain please” instead. If enough people make the same request in a given geographical area, a fleet of Google ‘cloud-blaster’ aircraft will be dispatched to induce or dispel rainclouds respectively.  This will result in a brief period of noise pollution as between 5 and 200 specially converted passenger jets overfly the area in formation. A simple pair of drugstore earplugs is recommended should this prove uncomfortable.

Individuals attempting to unduly influence weather patterns by entering multiple requests will not succeed as Google employees confirm this behavior will be detected.

In the next release, expected in late 2019, wind patterns will be alterable through the judicious deployment of barriers in known regions of wind formation. Increased sunlight, including during traditional hours of darkness, will be achieved using high altitude reflectors. While it would be prohibitively expensive to deploy enough orbiting reflectors to illuminate the whole country, dynamically focusable reflectors would be able to light a single city.  This would also reduce winter precipitation formation so that, for example, either Buffalo or Pittsburgh could be pleasantly warm and snow-free year round as long as constant daylight during the winter months was tolerable.

“We don’t anticipate the ability to starve off snow in both cities, so it would come down to who bitches about it the most in their google searches and gmail messages.”

Currently that city would be Pittsburgh, according to Google Analytics. 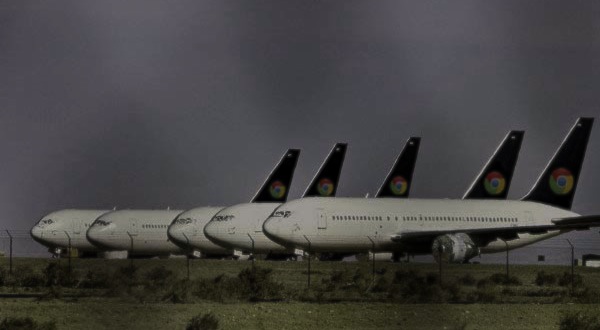