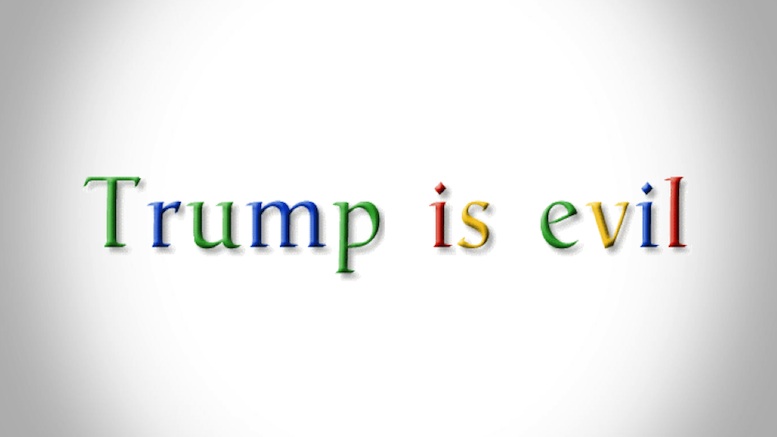 (Mountain View, CA) Senior executives at Google have denied allegations made on twitter by President Trump that they are biased against him.

“Our rankings are based purely on what people want to find, whether that’s the best definition of what a Santorum is, or how the impeachment process works.”

They also announced a new logo they were adopting as of today.

“Hopefully this will resonate with our billions of users.”

Google dropped its “Don’t be evil” moniker earlier in the year but decided to bring it back, albeit with some changes.

“We felt it was time for something new, but wanted to stay with the evil theme.”

After some brainstorming they came up with “Trump is evil”, but deny it has anything to do with the current President.

“Obviously it references card games like Bridge, where we feel all suits should be treated equally.”