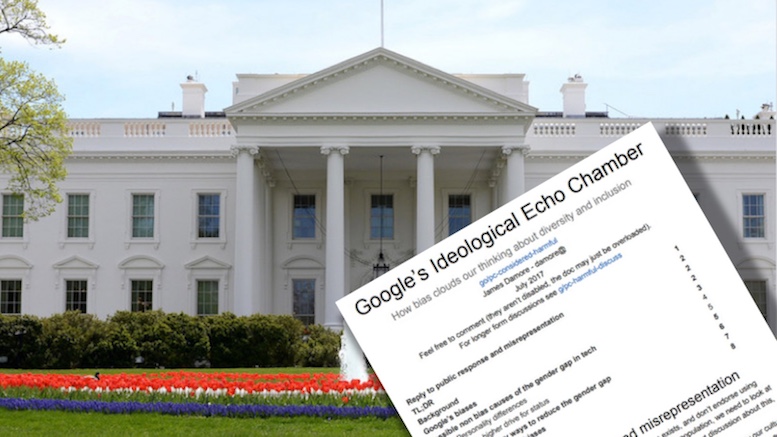 A recently dismissed Google employee is the latest addition to the Trump administration. Sources inside the White House said the new hire didn’t have a political background, but a memo he wrote for his previous employer that fell into their hands really impressed the President.

“Something just seemed to click really well with him.”

The former tech worker was brought in to interview by Steve Bannon and was a huge hit with almost everyone.

“Ivanka had a few qualms, but then came around as she always does. And we didn’t ask Ben, but only because we never ask Ben.”

Though trained as a programmer, he will not be working in the White House IT department as that was not what got everyone so excited to bring him on board.

“I’m sure he’s very good at coding but we have no need of those skills. It’s more his other qualities that we are after.”