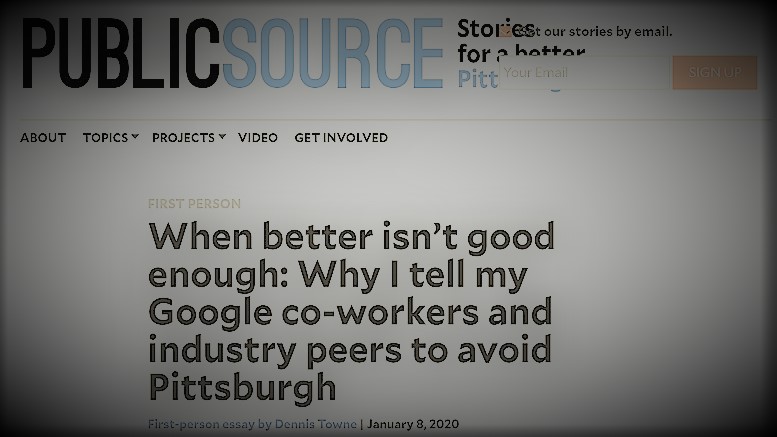 After years of holding the honor of being the top object of the wrath of real Pittsburgers, Mayor Peduto’s bike lanes have been dislodged from their pedastal by a Google engineer writing in Public Source, who seems to think healthy lungs should be a priority in life.

“Yinz need to take that nonsense back to California where it belongs.”

Social media has been deluged by concerned residents who see this is another an example of the namby-pamby things being done to destroy their city.

“This guy likes to breathe in clean air that doesn’t make his lung tissue burn. What a Jagoff!”

If anything, real Pittsburghers say the air in the city has gotten too clean, destroying one of the core characteristics that makes the Steel City so great.

“Yinz need to get dahn to the asphalt plant on Second Avenue and inhale a lungful of that sweet acrid smoke like aw do every morning.”

Far from convincing people to take air quality more seriously, the article has motivated Pittsburghers to call for a return to the old days to help weed out tech types who can’t hack it.

“If Mayor Peduto want to do somthing useful n’at, he should make it so you can’t see your outstretched hand in front of your face in the middle of the afternoon.”

Be the first to comment on "Google Engineer Who Likes Breathing Replaces Bike Lanes As No. 1 Target Of Pittsburghers’ Wrath"